The Thanksgiving Mass for the 2022 Examination Classes

Meeting "the man of the hour": a key moment for St. Francis and Clare

It is Wednesday, the 12th September 2018. In the afternoon of this very special day Sister Loice Kashangura has come to the site of St. Francis and Clare. She is looking forward to meeting a very important visitor. Thereby she is accompanied by Sister Mary Wanjihia, as well as the two German volunteers Jan and Ashley.

All four are waiting for the arrival of Mr. Emade Sakala- a man of utter importance, as he is said to become the future headteacher of St. Francis and clare Secondary School.

Shortly after the tension keeps on rising, as a big white car enters the courtyard of the school. Two men get out. One of them is the Deputy of Lusaka District, the other one is Mr. Emade Sakala- “the man of the hour”.

Particularly given that the opening day in January is moving closer and closer, this moment can be seen as landmark in the project’s history. For now, all efforts seem to pay off. “Yet alone the announcement of the headteacher’s name by the Ministry of Education had felt encouraging and rewarding. But to finally meet Mr. Emade Sakala in person today- it fulfils us with even greater pride and gratitude” , Sister Loice points out.

For sure: With this promising headteacher St. Francis and Clare has won a new driving force. He not only appears to be the right man to accompany us on the way of further progress and development until the opening - but also to assure that this story success will not stop thereafter. Therefore, we are more than happy to have him on our side. 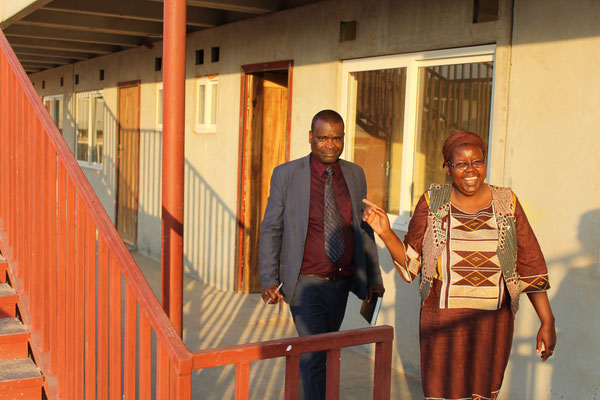 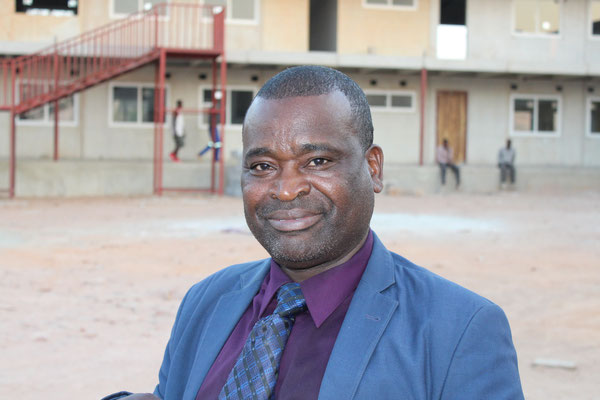